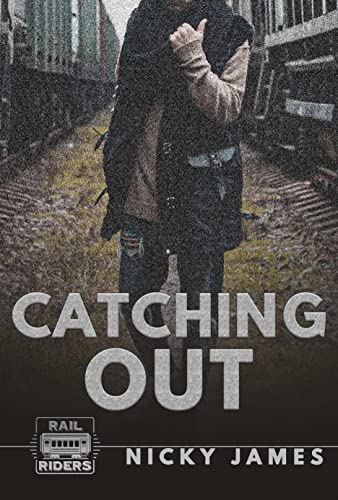 Dodger Valmai is sure about three things:
He is straight.
He will ride the rails until the end of his days.
And there is a serial killer out on the lines.

When rail riders in the community start to go missing, Dodger is convinced the Canadian rail lines have their very own serial killer. When those same riders start turning up dead, he is determined to prove it and get justice for his long-lost comrades.
Brady Thompson has been studying the mythical rail killer and tracking his movements for the better part of a year in his quest to finally write his thesis and obtain his doctorate. But there are holes in his theory, and only one person can help fill in the gaps. He isn’t sure if requesting help from a homeless vagabond on a sketchy freight-hopping forum is the answer, but he is running out of options.
When Brady seeks Dodger out to help him prove a killer exists, Dodger can’t turn him down. With a little more evidence, and a little more proof, they can take their suspicions to the authorities and have the killer caught once and for all.
Dodger isn’t what Brady expects, and he’s unprepared when Dodger says he will only help under one condition: Brady must take to the rails too.
Will this cross-country journey give them the answers they’re looking for? Or will Brady and Dodger discover things they never expected as their summer adventure turns into much, much more.

** Catching Out is the third book in the Rail Rider series and should be read after End of the Line and Lost at the Crossing for full enjoyment. It is a bisexual-awakening novel filled with adventure, suspense, and self-discovery. **

What are you reading this weekend? I'll be reading