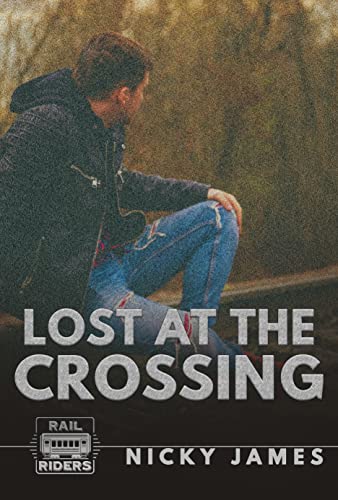 Two lost boys. Two long years. One path back to each other.

Elian has lost two major anchors in his life, and he can’t figure out how to get back on track, so he takes to the rails, trying to outrun his struggles. The farther he runs, the deeper he sinks, losing himself more and more until a random phone call reminds him, he isn’t as alone as he thought. There is someone out there who still cares—Tyler.

Two years ago, Tyler lost more than his best friend. He lost the other half of his heart. He knows Elian’s struggles, and he now knows Elian is alive. When his rider friends offer to help, he’s hesitant. They don’t know as much about Elian as they should, and it’s Tyler’s fault for shutting them out. Too many people might scare Elian off.
Besides, how can he explain to his friends his desperation to find Elian when his feelings are so new and unexplored?
Tyler is convinced he only needs one person to mend his wounded heart—Elian.

** Lost at the Crossing is a new adult gay romance story of first love between two inexperienced boys. It’s a story of found family and lifelong friendships. It explores tropes including hurt/comfort, friends-to-lovers, two virgins, second chance romance, and demisexual awakening. It has angst. Let’s be honest, it’s me. It’s inevitable. Lost at the Crossing is the second book in the Rail Riders series. It can be read as a standalone but may be better enjoyed after reading End of the Line. **

What are you reading this weekend? I'll be reading