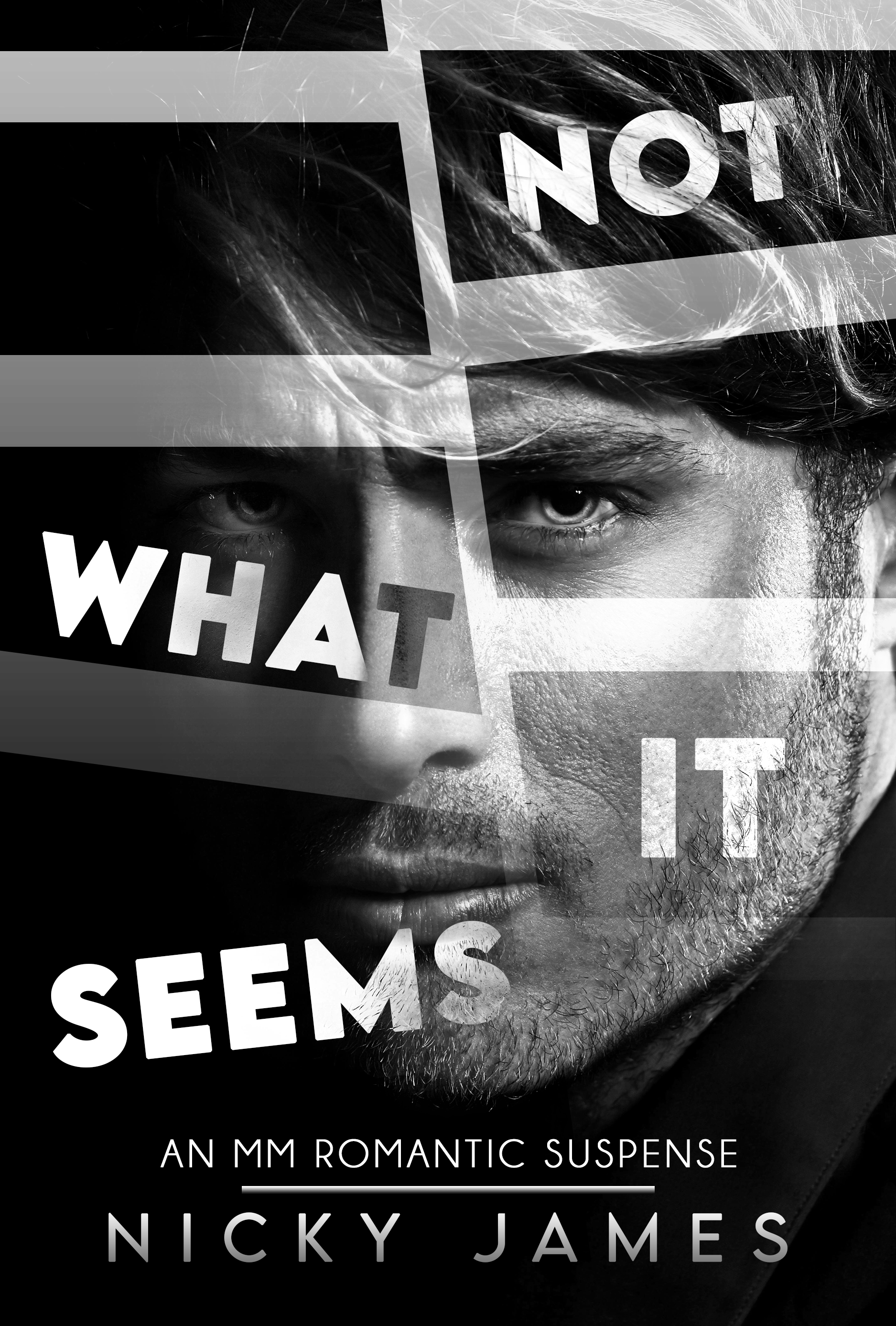 They say I killed them. They say I’m sick. They’re wrong. Nothing is as it seems.

Renowned psychiatrist Dr. Cyrus Irvine takes his job and his life very seriously. He is well-respected in his field and has worked hard to get where he is.

When called in to evaluate a murder suspect, the last person he expects to find is the man he slept with a few months ago. The man who ghosted him and wounded his fragile heart.

Ethically, he should turn around and walk away, but he doesn’t. For as much as Cyrus understands the human brain, he can’t understand the pull he feels toward the patient.

One session with River Jenkins and Cyrus is sure of three things: River and everything about his preliminary diagnosis is a lie, his feelings toward River haven’t gone away, and despite his professional code, he isn’t going anywhere.

Someone needs to get to the bottom of this.

Cyrus’s world is turned upside down as he and River team up to find the truth.

**Not What It Seems is a 115k MM romantic suspense with doctor / patient, forced proximity, and age gap themes.**